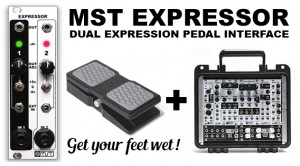 USE ALL OF YOUR LIMBS!
The MST Expressor allows you to use expression pedals with your modular, taking a “hands-off” approach to expand your control and creativity. It has two identical powered expression pedal processing units in one handy module, allowing you to do things such as: END_OF_DOCUMENT_TOKEN_TO_BE_REPLACED 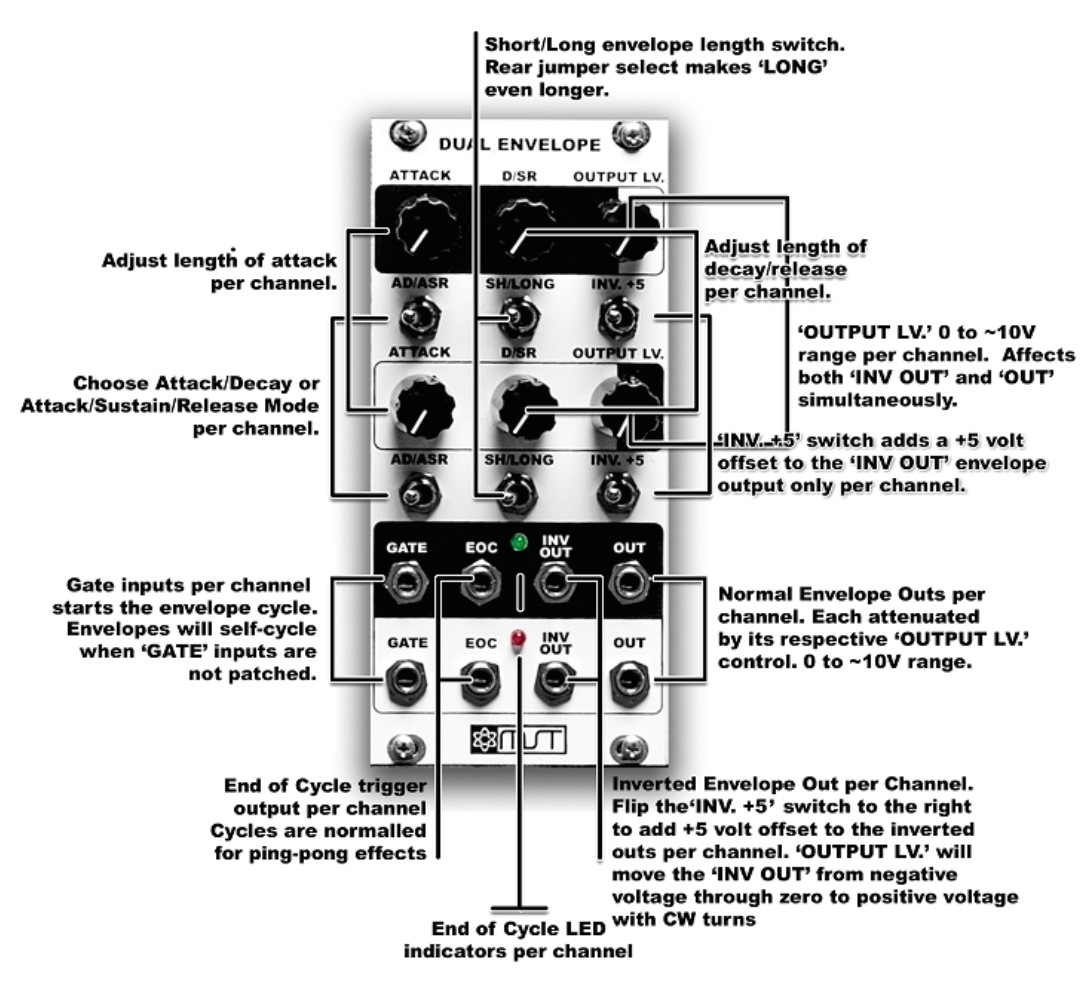 The MST Dual Envelope is a simple-to-use yet complex dual envelope generator. Channels 1 and 2 are both normalled to each other to cycle when the other respective channel hits end of cycle, allowing for really interesting ping-pong effects. Each channel also has an end-of-cycle trigger output with LED indicator. There’s a normal and inverted envelope out. The inverted envelope out can be further modified by the +5 offset switch, which allows the inverted waveform to travel in the positive. The + output level allows the envelope signal to go between zero and the maximum voltage rail. Attenuate the output level down for a more subtle envelope (adjust to taste). 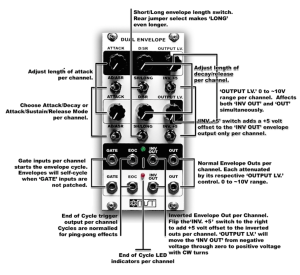