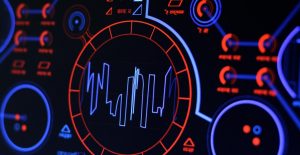 Mr Yamada has an extensive history in the synthesizer world dating back to early days of the Alesis Rompler synths such as the Quadrasynth and has been instrumental in quite a few key synthesizers of our time. From the Alesis Andromeda, Ion, and Fusion to the M-Audio Venom Taiho Yamada’s career has been steeped in synth gold. Now striking out on his own with company Media OverKill (MOK)  Taiho looks to set the bar with a new form of patent pending synthesis in WaveRazor. Join this show and learn details on how you could win a copy of both WaveForm and WaveRazor! It was a great interview filled with lots of 90’s and 2000’s synth history, very much worth a listen!