Shipping now, the quadroPOL polarizing mixer / ringmodulator is available to purchase through VERMONA’s growing global network of dealers (https://www.vermona.com/en/dealer/) with an RRP of €269.00 EUR (Europe) and $309.00 USD (USA). 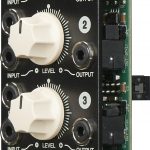 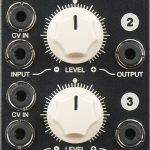